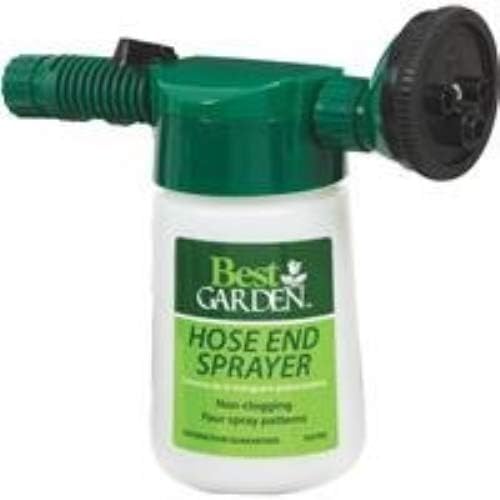 There aren’t a lot of words like this; that is words that change meaning depending on the stress. In fact, you need only to remember a few rules when it comes to understanding which syllable of a word to emphasize.

Which syllable has the stress?

For the most part, the stress is placed on the penultimate (a fancy term meaning “second to the last”) syllable of a word. For a two-syllable word that stress will be on the first syllable.

Please note that the possessive determiners -måmi, -miyu and -ñiha have two syllables, so the stress will lie on the first syllable

There are words in Chamorro derived by using a prefix. When this happens, the stress is usually on the prefix.

Prefix a – reciprocal prefix (i.e. to do an action to “each other” )

Prefix hat – Prefix denoting movement towards or away from a subject

When attaching a possessive determiner in the case of the a-derived nouns, it reverts back to stress on the penultimate syllable.

Of course, there had to be exceptions, but fortunately, there are not too many of these. Most of these words have come from Spanish and have retained their original pronunciations.

END_OF_DOCUMENT_TOKEN_TO_BE_REPLACED

The weather is a subject that everyone talks about as it is a sore spot when it’s bad and the highlight of someone’s day when it’s not. This article will hopefully provide enough useful terms so you can talk about the weather in Chamorro.

To help you learn how to talk about the weather, you’ll have to learn the different words used to describe the weather.

NOTE: You may have noticed that there are two words for weather: tiempo and klema. They mean the same thing. This can get confusing since you may have already learned and used tiempo in the contexts of talking about time in general, or to refer to a specific period of time, as in a season.

A lot of times in Chamorro, a noun can also be used as an adjective. It’s understood that something is “being” that noun. This can be seen in the words uchan yan månglo’, which are the words for “rain” and “wind”, respectively, but can also be understood as “rainy” and “windy”.

Asking about the Weather

If you need to ask about the weather, you can use the following.

How’s the weather?
Tumaimamanu i tiempo?

Because the Marianas is in the tropics, there are really only two seasons:

END_OF_DOCUMENT_TOKEN_TO_BE_REPLACED

The word “time” can be translated three different ways in Chamorro:

In this article, we’ll be talking about i ora, or “the hour”. It’s easy to tell time in Chamorro. You just have to remember your numbers.

How to Tell Time in Chamorro

What time is it? Ki ora?

Note that 1 o’clock is different from the rest as it is just “ala” and not “alas” and the word for one is the Spanish feminine form “una”.

If we wish to say that it is half past the hour we would use the expression i media , which is a direct borrowing of the Spanish phrase meaning “and a half”.

You can also specify the exact minute, if you wish to be specific. For example, to say it is 10:20 in the morning, you would say:

Or you could also say:

NOTE: When giving the time, Chamorros like to give a general idea of what the time is. They’ll just say it is para (to) or pasao (past) a specific time.

If you want to be more specific as to the time of day, add the following expressions after the time:

To say, seven in the morning, you would say:

The words oga’an and chatanmak are both used for the morning. Chatanmak refers to the period right before daybreak. As soon as there’s light, it is considered oga’an. So depending on where you are in the world when you use oga’an may be different.

The word talo’åni literally means “middle of the day”, and refers to the time of day when the sun is at its highest. We note this only because you may hear “afternoon” used differently among speakers. In English, afternoon is any time that is after noon, that is 12 pm, through the evening. In Chamorro, you may hear someone say “Alas 11 gi ega’an”, following how time is spoken in English. Or you might also hear “Alas 11 gi talo’åni”, taking into account that at 11 a.m. the sun is already reaching its highest point.

How to Ask for the Time

We already learned how to give the time, so let’s take a look at the ways you can ask for the time.

The main phrase you need to know is:

Ki ora? What time is it?

If you want to ask when a specific event is happening, like a party or movie, you would simply ask what time something is (that is, what time it’s happening).

Ki ora i movie? What time is the movie?

Ki ora i gipot? What time is the party?

If you want to ask a more complex question, such as what time someone did something or going to do something you would need to ask ki ora na… (what time is it that…)

To ask what time someone did something,

Ki ora na makmåta hao? What time did you wake up?

To ask what time someone is going to do something we use ki ora na with a future statement.

Ki ora na para u falak i tenda si David?
What time is David going to the store?

To ask what time something usually happens, we must employ the ongoing, or progressive, form of the verb.

Ki ora na makmamata hao?
What time do you wake up?

Ki ora na mamaigo’ hao?
What time do you sleep?

Ki ora na madadandan i kampana.
What time does the bell ring?

Ki ora na humåhånao hao para i che’cho’-mu?
What time do you leave for work?

END_OF_DOCUMENT_TOKEN_TO_BE_REPLACED

Seven little words that you’ll use all the time when speaking Chamorro: i ha’åni siha gi simåna (the days of the week). Estegue’ siha! Here they are!

How to say the days of the week in Chamorro

Other Useful Words and Phrases

Hafa i dia på’go?
What day is today?

In Chamorro, we sometimes have two words for the same thing. This is true for the word for day, which can be spoken as ha’åni or dia. The former is rooted in indigenous Chamorro and the latter borrowed from Spanish. There is no strict rule as to when you should use either, but there is a predilection among native speakers toward using ha’åni more when describing the day and dia for when talking about the day in the calendar sense. As a learner of Chamorro, take note when listening to conversations in Chamorro; try to note the context in which each word is used.

The Origin of the Days of the Week

END_OF_DOCUMENT_TOKEN_TO_BE_REPLACED

Chamorro Months of the Year

When we want to talk about important events like birthdays and holidays we have to learn some very important words in CHamoru: the names of the months of the year. What’s great is that you have 12 opportunities out of the year to practice your Chamorro! So nihi! Let’s go and do this.

Here are the names of i mes siha gi sakkan (the months in the year).

Talking About Dates in Chamorro

Saying i fecha, or “the date”, in Chamorro is almost the same as in English except for a few details. Chamorro days are often preceded by the word dia (or diha), meaning “day”. Traditionally, the day came before the month, but now it is common to say it the English way as well. In both languages, the year always comes after the month and day, regardless of the order.

You can use the following patterns to help you write the date:

Here are some examples:

How To Say Your Birthday

When you want to tell someone when your kumpleaños or ha’ånen mafañagu-mu (both mean birthday) is, you can say it in a few ways:

Before the Spanish arrived, the ancient Chamorros used a 13-month calendar based on the lunar cycle.

END_OF_DOCUMENT_TOKEN_TO_BE_REPLACED

This Week's Most Popular